Librio Library #10 – The Boy, The Mole, The Fox and The Horse – Charlie Mackesy

Why we chose it:

Chances are that you're one of the 500,000 people who have already bought this book since its launch in October. If you're not, you're in for a treat.

A Boy who questions everything meets an upbeat, cake-obsessed Mole, a quiet, brooding Fox and finally a wise, steadfast Horse. Together, they journey across the beautiful English countryside to take the boy Home.

Along the way, each of the animals shares lessons they have learned in life, each as uplifting as the last, but none as powerful as the quote which propelled this book to Instagram stardom: 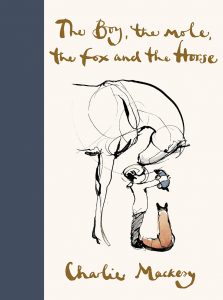 Here is a book which seemed perfectly in tune with our times, even before Covid-19 began to wreak havoc across the entire planet.

Its central message that together we are stronger could not be any more poignant or relevant as we prepare to spend an extended period of time together apart.

The book is 128 pages long and full of gorgeous pen-and-ink drawings, so it's impossible to choose a favourite. Instead, we're cheating by showing some of our favourite images in the book to give you a feeling of what awaits you inside. Every one of them is a miniature masterpiece. The fact they're accompanied by Charlie Mackesy's warm words of wisdom is just the icing on the cake. The mole would be happy about the cake. 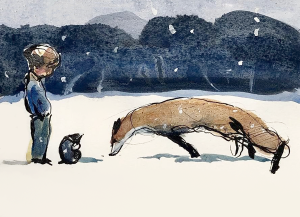 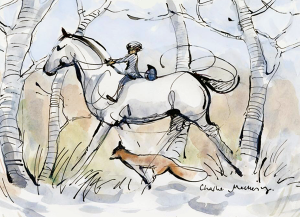 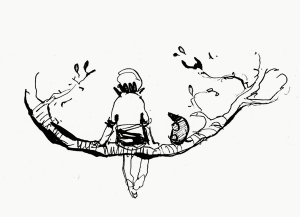 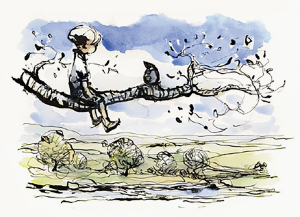 Kids will love:
The mole. Of course, the mole. The answer to most of the mole's problems in life is simple: cake. Many of the texts are small word games or Mackesy's twist on well-known sayings, which will appeal to smaller children's sense of fun and give them something to think about as they grow older.

Adults will love:
Just as the texts work on a simpler, childish level, coopting well-known expressions into different contexts will give adults pause to think about their own actions and look at the world through a different lens.

This book originated from conversations Mackesy had with his own friends and the images emerged as an attempt to give him and his friends strength in difficult situations. They can be applied to anyone in any situation and have even been used by the British army for soldiers suffering PTSD.

We were a bit embarrassed to admit that we'd never heard of Charlie Mackesy when we first came across this beautiful book. As it turns out, it's understandable as this is his debut, having spent much of his life as an artist rather than a picture book illustrator. As such, there aren't any other books we can point you towards, but we're sure there will be more to come now that his debut is an instant classic. We can't wait!

A very funny story about my particular copy of this book:

This book was a Christmas present from my sister. The day before it arrived, she sent me a beautiful, heartfelt email saying "This book is as much for you as for my lovely goddaughter. I hope as she grows up, it'll become hers and she will cherish the words in it as much as I do."

The next day, a package from Amazon turned up and inside was a book called Fiva - a mountaineering book about an ill-fated climbing trip in Norway in 1969. OK, wasn't expecting that. Doesn't really seem like the right book, but it says it's "Inspirational" on the cover, so maybe...

One chapter in, I'm pretty certain it's not the right book.
"Um, Mo, don't take this the wrong way, but, er, was the book you ordered meant to be about a mountaineering trip in Norway?"
"WTF! NO IT WAS NOT A BOOK ABOUT NORWAY!"

We figured it out in the end. I read Fiva anyway. Not being a rock climber, I didn't understand 20% of it, but the other 80% was pretty enjoyable. Not as good as the book she actually intended, though!

Here's a gorgeous video to make you happy.