May 28, 2020 In Librio’s commitment to children and the environment By Ed Russell

The Importance of Girls’ Education in a Pandemic

In September 2019, the Librio team visited a school taking part in the Girls' Education Programme run by our charity partner, Room To Read. It was a joyous, inspirational experience and we were excited to tell our readers about it in March to commemorate Women’s History Month.

But then Lockdown happened, and the world changed.

In the intervening months, we’ve sadly come to realise that this post has become even more poignant in light of worldwide school shutdowns putting over one billion children out of school.

The path to education for girls from low-income families is particularly fraught and, based on data from other situations of this nature - most notably Ebola in 2014 - worldwide aid organisations are warning that many girls will not return to school once the lockdown is ended.

Room to Read are being particularly vocal about this issue - for example here in the Telegraph and here on the BBC and it’s easy to see why. The thought of the incredibly hard work by their students, their mentors and their staff being wiped out by the effects of the Coronavirus Lockdown is devastating.

In the post that follows, we want to take you back to that happy day in September to try to show you what the Room To Read Girls' Education Programme was all about in a time when travel, personal interaction and bustling schoolyards were not a thing of fantasy.

Every time a Librio customer buys a book from us, we donate a book to a school library via our partner Room To Read. In September 2019, our team travelled to Cambodia to see the how these donations are helping local communities.

As well as seeing the impact made by our book donations at a primary school (read about that visit here), we were also lucky enough to spend a day at a secondary school which was taking part in the Girls' Education Program (GEP).

Although Librio doesn’t support the GEP directly, it was incredible to see the work done by Room to Read in the wider community and proved to be an unforgettable and inspirational experience.

Another early start saw us set out south of Siam Riep towards Tomle Sap, an immense freshwater lake - the biggest in South East Asia - which is the lifeblood to millions in this part of the world. As we headed out of the city, a constant stream of commuters headed in the opposite direction, mostly by motorbike and mostly spread four or five wide across the road as they poured into the provincial capital.

Our destination was located in a much quieter area where endless paddy fields were interspersed with houses raised on stilts to protect them from flood waters during the rainy season.

As with our first visit to the Book Flowering Ceremony, we were met at the school gates by two lines of school children smiling, giggling and bowing to us as we passed. Again, we were presented with handmade gifts and again we felt somewhat awkward to be showered with such generosity, but this time, we were able to enjoy the occasion more than be overwhelmed by it.

The atmosphere was particularly festive because it was the last day before the holidays and we were taking part in an open day for the parents to visit the school and see how the Girls' Education Program helps their children advance themselves through education.

The day started with a small ceremony led by two of the students as hosts. The National Anthem was sung, Team Librio was introduced and then the parents were invited to see their children's grades posted. We also had a look and noticed that every class had a girl as its highest-scoring student. We wondered if that was the case before the GEP’s involvement when many of the girls present would have had to drop out of school early to help earn money for their family. 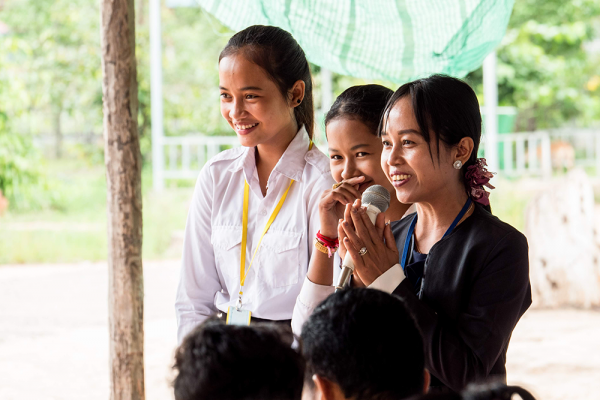 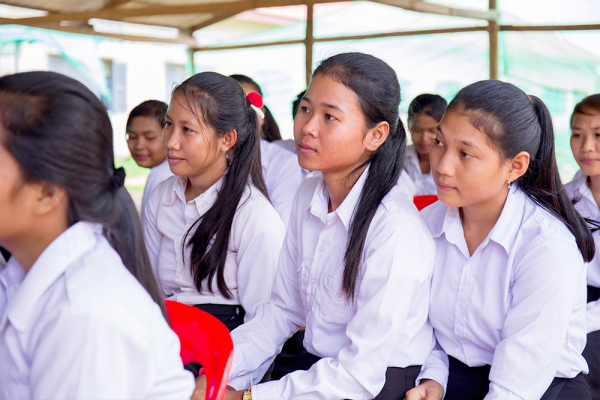 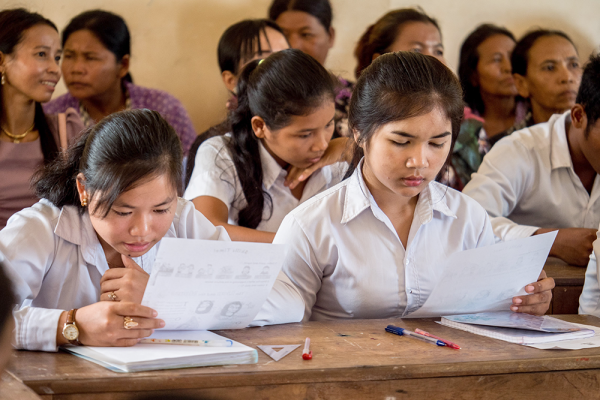 We’d told Room To Read that we’d like to get involved as much as possible rather than being passive obverserves and we got a little more than we bargained for when we took part in an English study group.

GEP study groups normally take place after school and give an opportunity for students who are stronger in some areas to help their peers. The study group we witnessed was a showcase for the parents to observe how the students work together - and how unsuspecting visitors are roped into a roleplay.

The group was led by an incredibly confident student who coached her peers through a reading of the Lion and the Mouse, after which Team Librio was divided amongst four groups of students and asked to help prepare a roleplay. A roleplay in which we would play the lion and a student would play the mouse.

Looking around the room, as groups started grabbing props and practising their roars, it became apparent that this role play was going to be taken very seriously. And we were going to be judged for Best Performance? Bring it on.

The four Librio team members on the trip had known each other for years and felt we knew each other quite well. But it’s one thing to say “Morning” each day, head over to your desk and crack on with your emails and it’s quite another to play an angry lion in front of a room of giggling teenage Cambodian schoolchildren and their parents. That 30 minutes was a strong favourite for the Most-I’ve-Laughed-In-Quite-A-While Award.

Afterwards, we and the parents observed as one of the GEP mentors reviewed the year’s Life Skills she had covered with her class:

Throughout the day, we were struck by the sense of ease and confidence that the students exuded and here again it was incredible to see how engaged they were when it came to answering their mentor’s questions. It’s hard to imagine a group of similarly aged students in a school in Europe or America being so involved in an activity. For our own children, school is often a hardship which must be endured, the children in programs like these know that it is their only chance to improve their opportunities in life.

We’d been given an insight into two core elements of the Girls' Education Program:

Firstly, self-study, encouraging students to learn independently while supporting their peers and secondly the key role that mentors play in the GEP. Mentors are young women who act as role models for the girls on the program and provide an outlet for girls to discuss issues with. The goal being to identify and combat any societal threat to individual girls remaining in education. It was clear to see how close the bond was between the mentors and their students and how pivotal their role is in inspiring the younger girls to stick to the program and break down the barriers that society has put in their way. 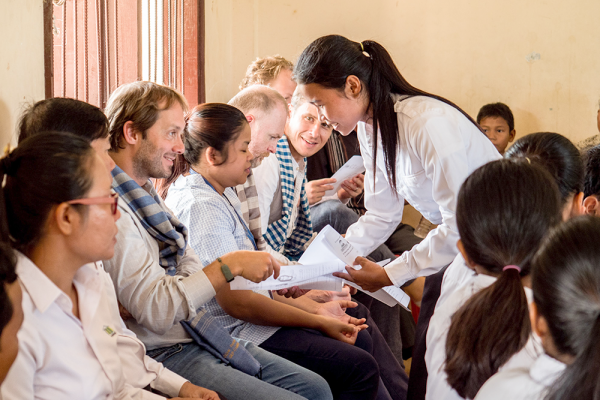 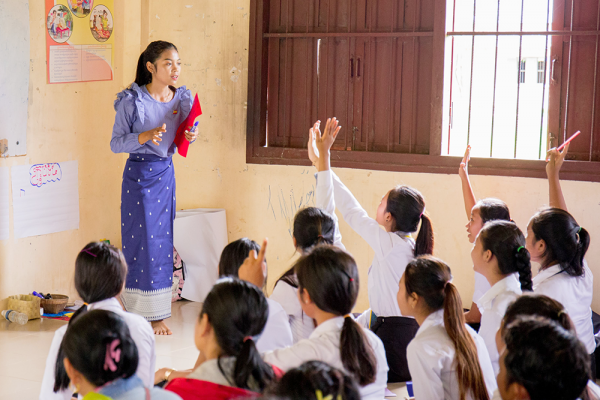 During the course of the day, it dawned on us that the ceremonial welcome, the gifts, the flower garlands were not for us. We didn’t need to be embarrassed about it. We were merely the physical representation of all donors who enabled these students to break out of poverty and the ceremony was an expression of gratitude and joy for the program’s existence. Embarrassment was replaced by humility and happiness and a willingness to get the most out of the visit and give the most back in return.

The day ended with a final ceremony where one girl spoke in front of all present without notes in English for 10 minutes about her tips for being a successful student. It was the perfect culmination to the day. A wonderfully confident statement by a student who was the embodiment of everything the GEP was trying to achieve.

We closed with a Q&A with Librio. The school director asked the parents if they’d like to ask us or the students anything. It was amazing to see the difference in confidence levels between the students who had their hands up for every one of their mentors’ questions and their guardians who had grown up in a very different educational environment and were unwilling to put themselves forward.

Asked for Librio’s final thoughts, I very honestly said that if my own five-year-old daughter developed into such an engaged, confident student, I couldn’t be more delighted.

You were truly inspirational, thank you!

Room to Read is continuing their work remotely. The mentors are meeting the girls via telephone and Room To Read is working with governments to disseminate educational materials via radio and television for communities with no access to the internet.

It goes without saying that it will be a hard road back and we feel our support is more vital and more valued than ever.

If you feel inspired to donate yourself, you can find out more about their work for Literacy and Girls' Education here. 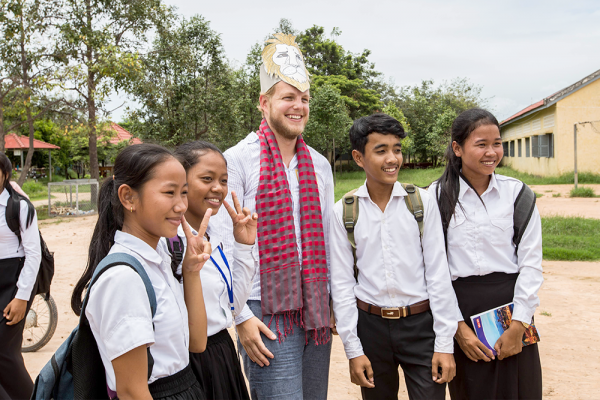 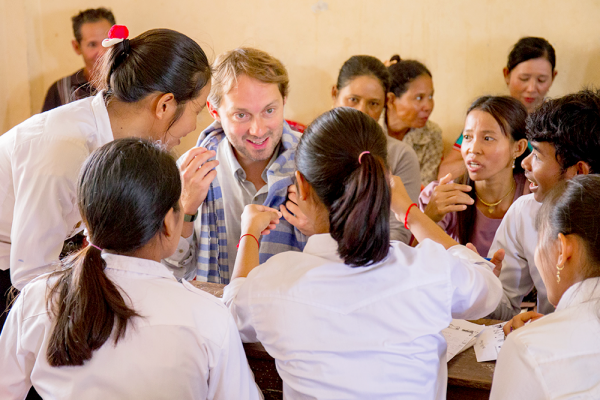 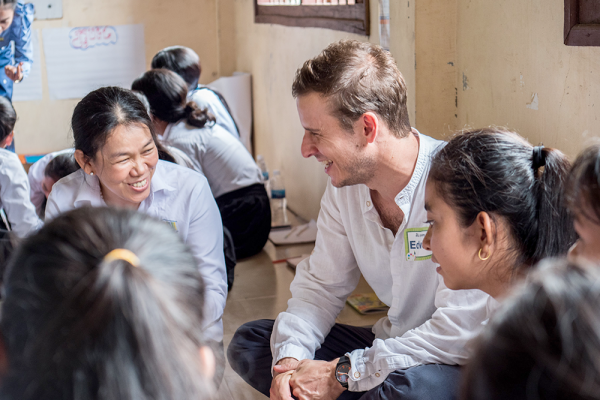 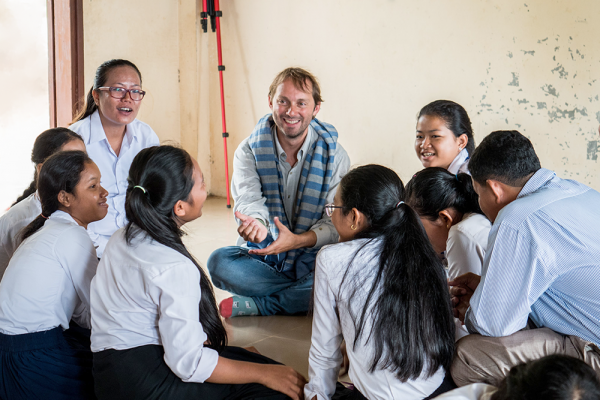